Venue to Visit : The Liffey, Stockholm

When you travel abroad as an embarrassed Brit, the initially uncomfortable but ultimately welcome thing you become aware of is that there are plenty of bars around that (apparently) cater for British or Irish tastes.

I don't understand it personally. When I go to a foreign country, I want to experience everything about it, right down to drinking their beer in their bars. One or two locations for tourists sure, but has our cultural influence really subsumed all else?

Well, sometimes, needs must. In the Summer of 2018 I spent a week in Stockholm. On the Monday afternoon at 2pm Sweden were playing South Korea in their opening match of that year's World Cup.

I initially planned to go to O'Leary's - a chain pub which can best be described to a Brit as a bastard lovechild of Wetherspoon's, O'Neill's and TGI Fridays; an American-Irish bar. In Sweden. Lots of Boston-themed imagery on the walls. But they couldn't guarantee a seat would be available at that time.

So I did a quick Google and found another "bona fide" Irish bar in the Gamla Stan, the old town, called the Liffey. The name was a good start. 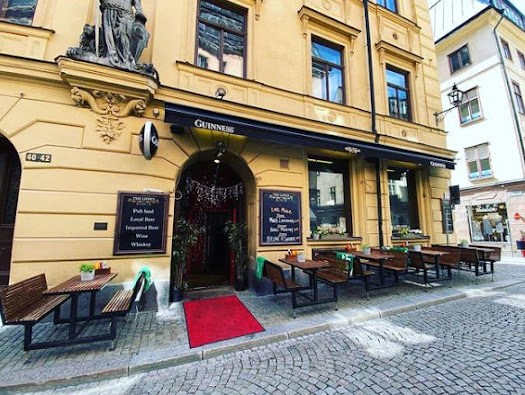 I was dressed the part in my Sweden football shirt and had learned enough of the language to try and get by in a pub environment without exposing myself as a numpty tourist.

As you go in, a wonderfully expansive floor opens up in front of you with a bar to one side. And yes, it's typical Irish bar fayre, recognisable to anyone who's spent too long in an O'Neill's.

At first glance it seemed busy but not packed. Just as I thought I would be standing for the duration, my eyes were drawn to a small, inocuous looking staircase in one corner.

Going down I found a lovely little snug built into the ancient cellar space of the pub with a small additional bar, TV and seating, and plenty of ambient lighting. This was more like it. When they're not showing soccer matches this is where the live music happens, as the small stage and PA system suggested. 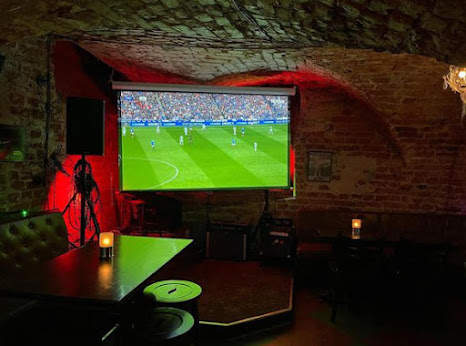 I found a tall table and stool to sit on with a good view of the screen and scanned the bar menu. Usual macro keg lagers that Sweden's bars are notorious for, but being an Irish bar it of course served Guinness. I took the plunge and ordered one, wondering how well it had travelled.
As it turns out, it travelled extremely well. 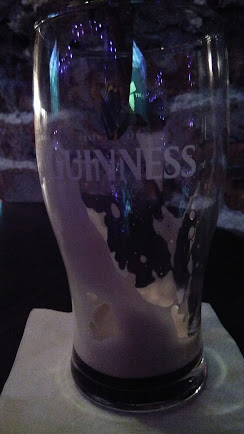 Well poured and well enjoyed.
For the first half of the match nothing happened. As the beer flowed, my cod Swedish interjections were inevitably noticed by a couple of the natives. My cover was blown and I was invited to join the adjacent table, the locals curious to know what this weird stranger from Brexitland was doing.
Between me trying earnestly to speak to them in Swedish and them in return trying not to embarrass me by using perfect English, we nearly missed Sweden going 1-0 up through a Granqvist penalty; a score which would see them through to full time. 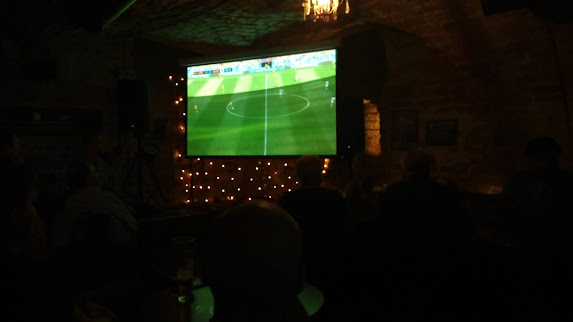 What's "REF ARE YOU BLIND?" in Swedish?

There is a popular perception that drinking in the Nordics is expensive. As with everything, that's relative. I paid 59SEK for my pints of the ubiquitous mass-market lager Falcon (approximately £5 at the time) and 69SEK for the Guinness (about £6). 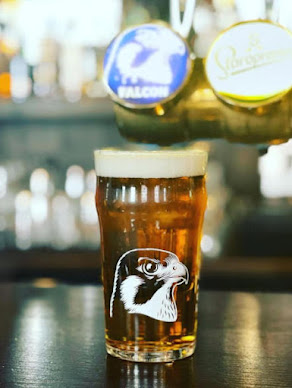 Image from the Liffey Instagram page
Suitably refreshed, I emerged blinking into the remarkably hot summer sunshine (Stockholm is on the same line of latitude as St Petersburg) and spent the afternoon pootling around a photography exhibiition.
Objectively speaking, the Liffey is no differerent to any of the Irish bars in Stockholm, or Copenhagen or anywhere else in mainland Europe. Designed to cater primarily for Anglophonic expats and tourists, they are predictable, stereotypical - but therefore comforting, in a weirdly embarrassing way.
But when the beer is good and the locals are welcoming, you forget all that and suddenly the trinkets and foibles beome superficial, almost irrelevant. A good pub is a good pub regardless of your own hangups or preconceptions.
That afternoon in the Liffey was brilliant, and one day I will go back there. Just need Wales to draw Sweden in a qualifier.
CODA: A quick precis of Sweden's beer culture.

Sweden, as the 450 sadists who have sat though my "Introduction to Swedish Beer" video will know, is one of many countries where alcohol is state regulated. For home consumption anything over 3,5% must be sold in the SystemBolaget; the state run off license. Advocates of the cold chain will be horrified to hear that everything is sold at room temperature, and smallpack literally is that - small. Every beer is sold in individual units. Meanwhile every pub must offer food, with the delightful result that most nightclubs have finger buffets and you get as much complimentary popcorn as you can stuff down your gullet.