The Head of Steam chugged into Cardiff's Church Street in October 2018, shunting out a branch of Harvester that was occupying the site up until then. I was midly peeved at first - I used to go to that Harvester regularly for takeaway salad boxes - but when I discovered a new beer bar was going to occupy the site, my annoyance gave way to excitement.
For a small-fry beer blogger like myself, it was an incredible honour to be invited to the press day launch the night before the grand opening. There were only two slight drawbacks - one I was unavoidably in work in my "real" job which, ironically, was on the railway; and two I was just coming to the end of one of my completely arbitrary, completely self-imposed dry months. So I resolved that when I finished work that Thursday, 1st November 2018, I would pop along. You can see that visit in the video at the foot of the page.
The Cardiff venue is one of 16 Head of Steam outlets in total. Launched in 1995 in Newcastle by Tony and Carole Brooks, the Camerons-owned chain is mainly concentrated in the north of England. The Cardiff branch is the most southerly - and westerly - of all.
The railway theme is present throughout, with a wood, iron and brass motif spreading throughout the two-level structure. Old beer bottles form a chandalier of lights. Old pictures and station signs from Cardiff Station punctuate the walls. There's plenty of beer branded ephemera too from Delirium, Anchor and others.
A grand central bar with three serving areas dominates the ground floor, with seating spread around in four separate clusters. A variety of seating options are available, with the leather armchairs near the front being my preferred option. There is a small overspill seating area on the first floor.
On the bar you get your choice of up to nine cask ales and ciders, about two dozen keg options plus as many bottles and cans that they can fit into their fridges. A welcome feature is that vegan and/or gluten-free beers are clearly marked out for those with specific requirements. 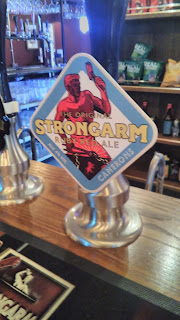 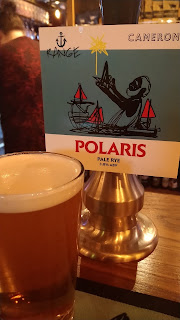 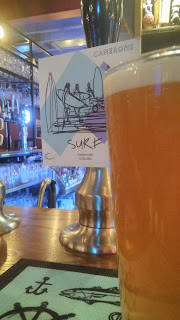 As you'd expect, Camerons' cask ales feature heavily and are rotated regularly
Quality reigns over quantity, an eclectic mix of both macro and independent beer brands are stocked, and I have had brewers off tap here that I have never had anywhere else this side of the M25. 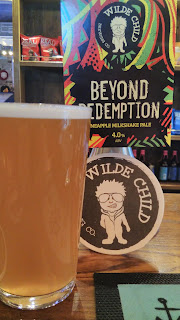 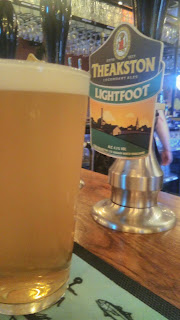 Guest casks from all over the UK feature heavily 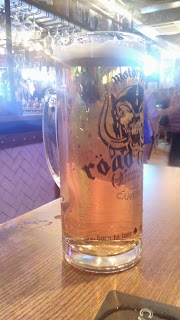 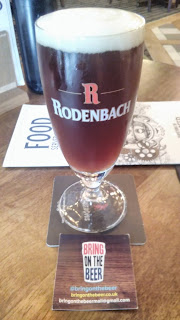 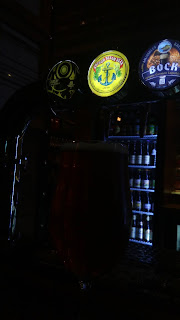 Favourites from the keg offering over the years: Omnipollo Agamemnon, Motorhead Road Crew, Rodenbach Grand Cru and Anchor Steam
Cameron's, like most major brewers, have their own "craft" offshoot, called Tooth & Claw, whose new offerings have their own dedicated tap. The two which were offered simultaneously in winter 2019, the Nordic Ale and the Chocolate Orange, were particular favourites of mine. 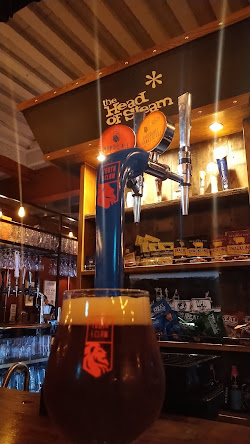 As well as featuring their taplist on their website, giant screens around the venue (which, pre-pandemic, showed live sport) also display the cask, keg and bottle lists reguarly through integration with Untappd, which is a welcome and handy thing to have for the beer wanker planning out their afternoon's imbibing. Food is also available with hot dogs, burgers and pizzas the order of the day. 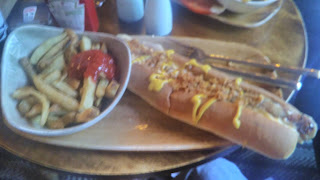 Now you see it 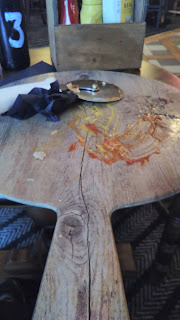 now you don't
The Head of Steam's staff are friendly, approachable, knowledgable, engaging and patient. It's a fantastic venue with a fantastic atmosphere. Plus as it's sat next to Bub's and the Old Arcade it makes Church Street a beer-lover's and pub-goer's mecca. You can have an entire day's session in this one twenty-yard space. Less time walking, more time drinking.
Bonus: my visit on International Stout Day 2018: