Venue to Visit : The Ridgeway, Newport 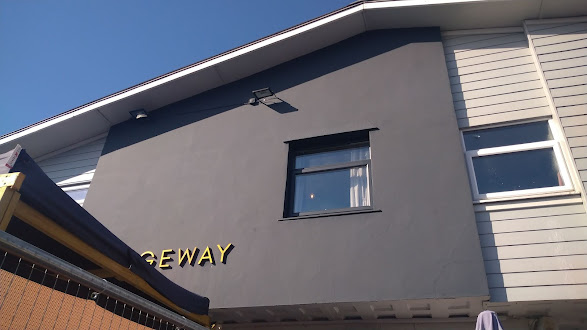 Not all of these Pubtober vignettes will be earnest, heart-filled, thousand-word essays on why a particular pub is important to me or why you should definitely go there. Pubtober shouldn't be just about celebrating the special or the extraordinary, it should be celebrating the good, the consistent, the reliable and the pleasant.
The Ridgeway is such a beast. Situated just outside of Newport city centre, it serves the midly affluent area of Allt-Yr-Yn.
This part of the city is almost literally a crossroads of Newport's many social groupings. Stretching in one direction are a collection of semi-detached townhouses where BMWs and Audis rub shoulders with privet hedges and crazy paved driveways.
In another are rows and rows of terraced houses reminiscient of those found in any industrial city.
In the third direction, on the hill after which the pub is named, lie hundreds of senior citizen sheltered bungalows, built a couple of decades ago to replace the 1940s prefabricated houses built for WW2 evacuees and escapees from London.
The pub's architecture is reminiscient of so many pubs built during the 1960s. If old OS mapping is to be believed, the Ridgeway Inn's funky but functional form sprung up in 1966. Since then it had a few minor facelifts until its most recent major refurbishment in September 2019 when it stopped being just "the Ridgeway" and became "the Ridgeway Bistro and Bar." 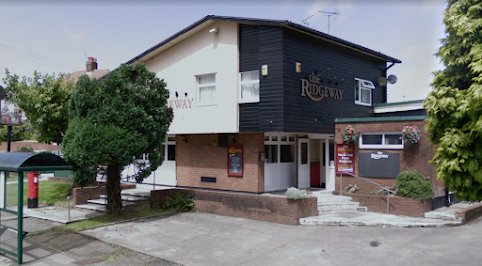 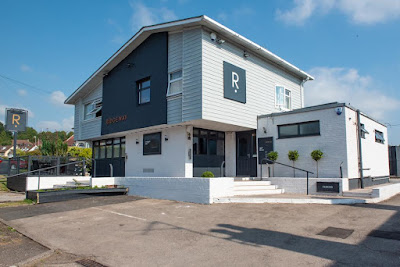 Before (picture from Google Street View) and after (picture from South Wales Argus)
The beauty isn't just skin deep; the interior is clean and pleasant with plenty of subtlely contrasting pastels; as is the fashion nowadays.
The fact that "Bistro" comes first in the title shows where the priorities lie for the new owners. This is a restaurant before it is a pub. The good news is the restaurant is always fully booked, which helps subsidise the pub side. 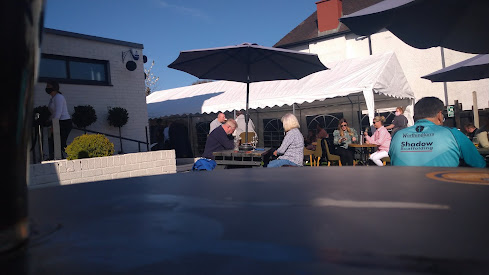 Come rain or shine
And the pub side is still decent. A fair selection of macro keg beers as one would expect, with two cask offerings in the form of Sharps' Doom Bar and Atlantic, although occasionally other ales such as London Pride drop in. The seating area outside has been a nice place to relax over this immediate-post-pandemic summer. In fact it was one of the first places I went on Day 1 of pubs being open, mostly because it is a mere 1.1 miles from my front door. 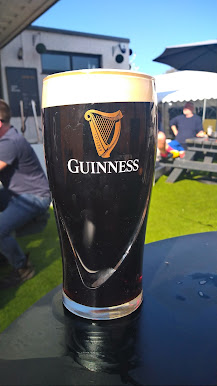 My first post-lockdown Guinness on a slightly skewiffy table.
It may look imperfect, but it was like nectar
During those first few weeks when booking a table was mandatory, it was heartening to see that even the smallest, most independent of local pubs could offer that facility through a third party booking website even if it was just for drinks. And once you were there, ordering and payment was done through the very intuitive and easy to use Round app. 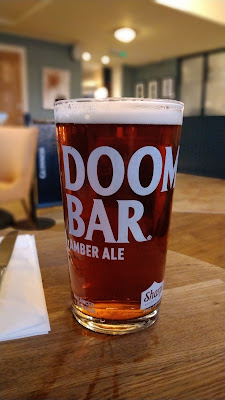 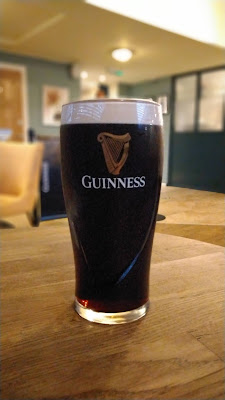 Level and true - Doom Bar and Atlantic are the regular casks, while the Guinness is excellent
It is also a function/music venue, with plenty of parking; or if you don't fancy driving it's situated five minutes from a frequently-served bus stop; or is a short - but uphill - walk from Newport City Centre.
It's not the sort of place you write home about. But it's the sort of place that is very very drop-innable. Inocuous without being anonymous. Benign without being boring. Serviceable without being staid.
Sometimes I wish more pubs elicited a neutral response - they don't all have to try so hard to appeal to a certain type of person. Sometimes it's nice to be a catch-all, jack of all trades. The Ridgeway very firmly ticks that box.