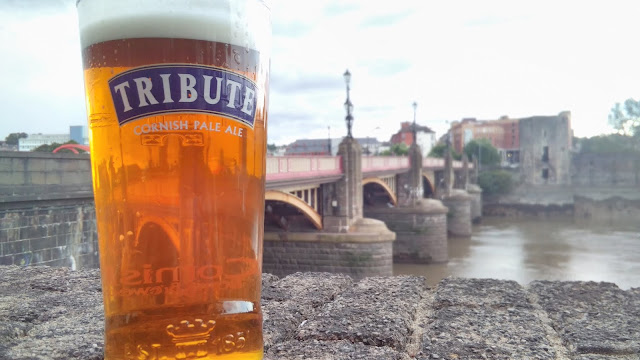 As it turns out, the eclipse wasn't seen much. It was very cloudy, the British summer being what it is. On the BBC, Patrick Moore was however his usual ebullient self, staring defiantly at a particularly stubborn cumulus cloud.

Away from the pizzazz in Penzance and the thrills in Truro, just up the A38 in the quiet, neglected former mining town of St Austell, a talented pard decided the best way to commemorate the occasion was to turn out a celebratory beer.

This was because Roger Ryman had just become the new head brewer for St Austell Brewery, a 149-year old family concern which gently but notably dominated the Cornish beer scene. It was the first beer he would develop. It would not be the last.

On the big day itself, the numerous stargazy daytrippers crammed into the peninsula's pubs were treated to a 4% cask, 4.2% bottled amber ale made with Oregon hops. It was dubbed Daylight Robbery, the subtle humour of the name reflecting the subtle flavours it exuded. 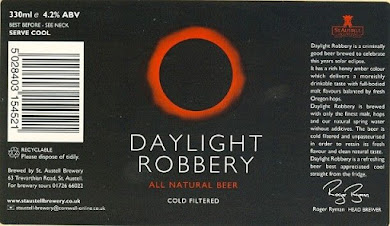 Folk took to it. This was good stuff. Can we get some more? You can't stop making this.

What was initially a one off special changed the face of the brewery. Renamed Tribute in anticipation and celebration of the brewery's upcoming 150th birthday, it soon became the flagship beer, won a string of industry awards and now accounts for 90% of St Austell's output.

It is the house bitter on GWR intercity trains and on British Airways transatlantic flights. It can be found on tap as far away as London and South Wales. It fills supermarket shelves the length and breadth of the land. It is plastered on the side of London cabs and Bristol balloons. It adorns cricket, soccer and rugby shirts, most notably that of the Cornish national team. 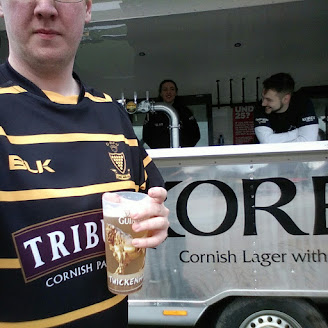 Yours truly, outside Twickenham

And in Tribute's wake came other iconic additions to the St Austell lineup - their very agreeable stout Mena Dhu and their intensely satisfying lager Korev - named after the Cornish word for beer. 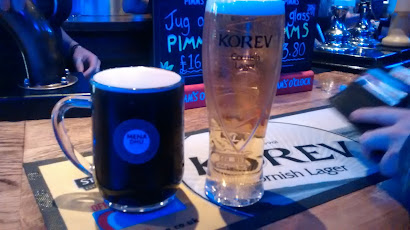 There's even an extra strong, bottled conditioned version if you fancy it. 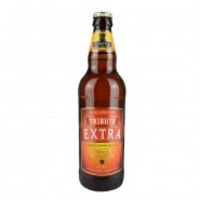 For me, my connection with Tribute is particularly special as it was one of my gateway beers. Despite living in Cornwall from 2002 to 2005, I only got around to trying it, along with HSD, on a revisit in 2007. A few years later we found ourselves crossing the Tamar end to end again and toured the brewery, and were treated to the full range of Roger's bottled talents.

In non-COVID affected years, my mate Justin and myself make an annual pilgrimage to Falmouth to drink as many pints as we can. And we usually succeed. 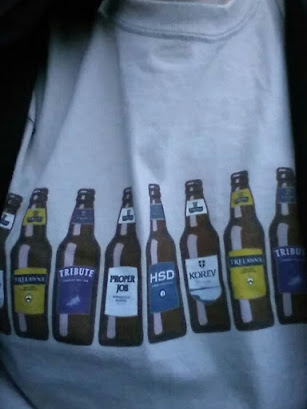 Yep, I even bought the t-shirt

Roger brewed his last firkin earlier this year, snatched from us at the horribly young age of 52. Taking over his mantle is Georgina Young who cut her teeth with Smiles, Fullers and Bath Ales, sister brewery of St Austell. The future is secure in her hands. 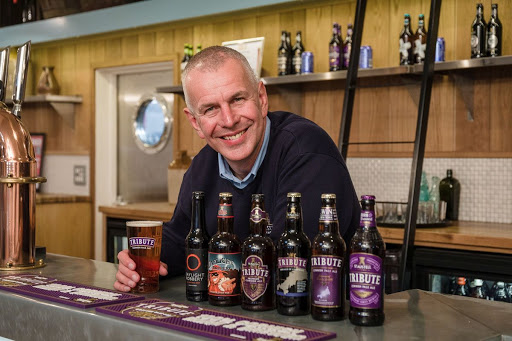 The coincidental cosmic confluence which occurred in August 1999 was the last to be seen in the skies over Britain until 2090. Although it's highly likely a lot of us won't be still propping up the bar, let's hope whenever that day comes they're still serving Tribute.