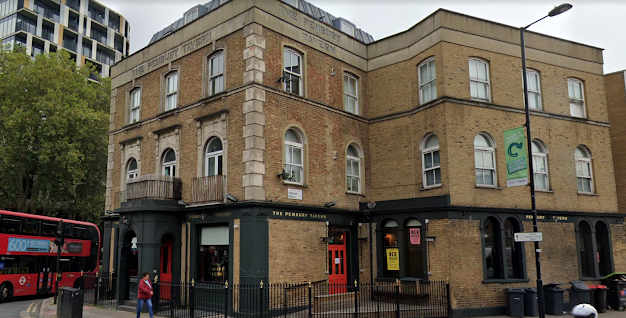 The Pembury Tavern, situated at the "five-points" junction of Dalston Lane, Amhurst Road and Pembury Road in Hackney, is a beautiful old proper London boozer and has acquired a near-legendary status on the London beer scene.

Since 2018 it has been under the stewardship of the Five Points Brewery - named for the junction - and serves as a complementary taproom of sorts to the actual brewery tap which lies approximately one mile south.

It is one of the many pubs/bars in Hackney that, along with its street stalls, make this area so appealing as a destination for the curious out-of-town explorer. I spent a good couple of afternoons here in 2019 and can't wait to make my way back up sometime in 2022. 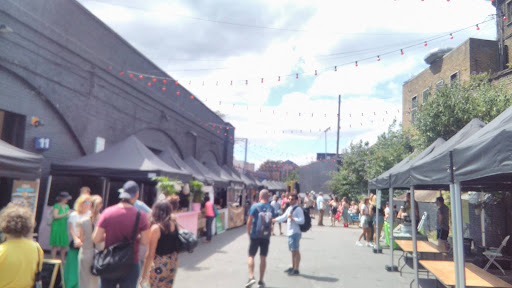 Where else would you see the phrase "Vegan Ethiopian Street Food"?

Step inside the door and you are greeted with a delightful mix of contrasting wood and, excitingly, some green tiles adorning the bar. Above said tiles is a line of taps just as enticing. Pump upon pump of beer - keg and cask, Five Points and guests.

On the second occasion I visited, there was not one but two hop varieties of the Five Points Best (Goldings and Fuggled) while my first experience of Railway Porter was exactly as I imagined it would be. 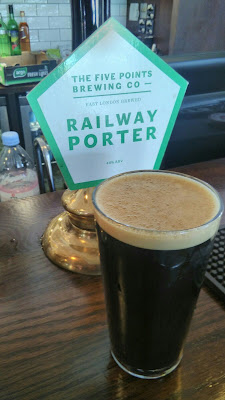 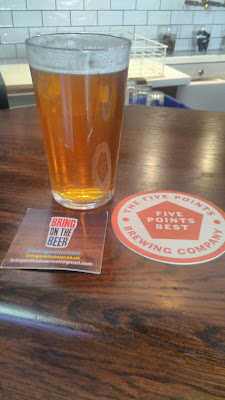 And if the beer - or the wood-fired pizza - isn't enough to keep you sated, how about trying your arm at one of the oldest pub games of them all? The increasingly rare but perennially intriguing game that is Bar Billiards can be enjoyed for the princely sum of £1. However as the table is of a certain vintage that you must exchange your new-fangled bimetallic dodecagonal coin for a classic round one at the bar. 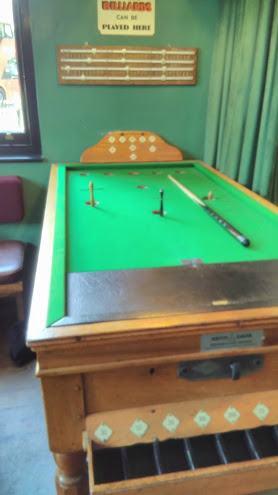 Pot as many balls as you can

The Pembury is just round the corner from Hackney Downs Overground, however if you're coming from Stratford or Camden, get off at Hackney Central and take the short walk up Amhurst Road.

Bonus: here is internet personality Tom Scott and friends learning how to play Bar Billiards at the Pembury back in 2014.