Venue to Visit : The Pod, Newport 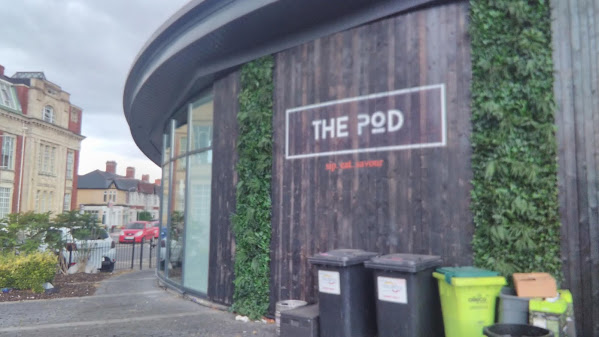 Earlier in this series I mentioned how the Cellar Door in Newport had turned an unloved retail unit into a micropub as an example of upcycling done right. Well a few yards away and over the river Usk, another example of giving something a new lease of life can be found in the form of The Pod.

Before the financial crash of 2007, Newport was receiving a relatively large amount of interest and investment. The cathedral town had recently become a fully fledged city. The Friars Walk shopping centre scheme was well into the planning and tendering phase, the Ryder Cup golf tournament was about to arrive at the Celtic Manor Resort down the road, and expansion of the University of Wales Campus Newport to include a new city centre location meant housing and digs were needed.

One of the companies designated to build on unused wasteland on the eastern bank of the river were Taylor Wimpey, who dubbed their development Renaissance Point, and set up a rather fetching spaceship shaped sales office adjacent to the old Art College on Clarence Place. If the name Clarence Place is dimly familiar, it's because it's the location of the long-closed and now horrendously dilapidated TJ's, the famous rock music bar. John Peel dubbed it "legendary." Oasis launched their career here while recording at the nearby Rockfield Studios. Other performers included Green Day, Skunk Anansie, NOFX, Muse and Primal Scream. Kurt Cobain proposed to Courtney Love there. Catatonia filmed the music video for "Mulder & Scully" there. It was featured in FHM's Top 50 Music Venues.

And then, suddenly, its enigmatic owner John Sicolo was gone, and his club died with him.

Meanwhile, round the corner, it took nearly 9 years before "Renaissance Point" was built, eventually rising up in the cursed year of 2016. All this time the sales office had sat unused and empty, its futuristic and optimistic design becoming almost mocking and laughable to an increasingly pessimistic city used to disappointment.

And then suddenly, the flats were up and the office was no longer needed. But what to do with it? Former rugby player Paul Young (no relation to either yours truly or the Sad Cafe singer) saw an opportunity not to waste the building and in 2017 The Pod was born. 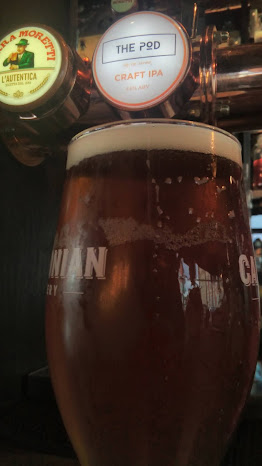 This was replaced, excitingly, with Budvar - making the Pod one of the few venues in my part of the world which offers this well-loved brand off tap, and the Nealko non-alcoholic option in bottles. 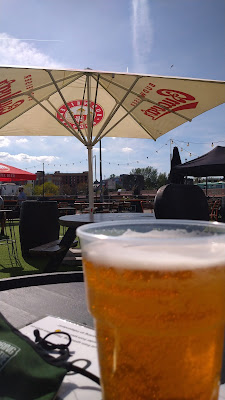 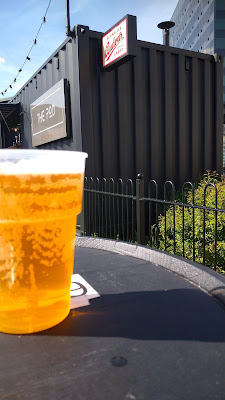 Budvar in - and above - the glass
The food side is taken care of with burgers, pizzas and dirty fries, where the generous portions are more than enough for two people to share. 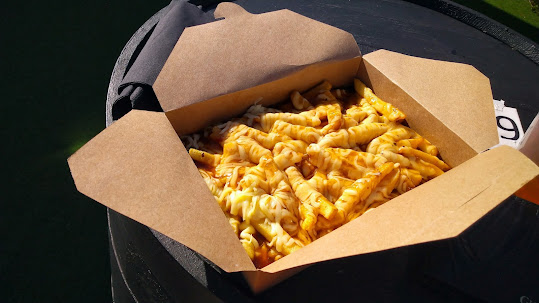 If, like me, you have found yourself sitting outside more often than not recently, then you'll be treated to the veritable smorgasbord of Newport's architectural, er, gems. Immediately behind the contemporary curves of the Pod are the more classical lines of the Grade II listed Art Deco art college with its landmark copper dome, now apartments. Immediately opposite is the slightly less visually stimulating Clarence House, a largely empty, redundant carbuncle which sits atop the currently closed Riverside Sports Bar and an Iceland supermarket. 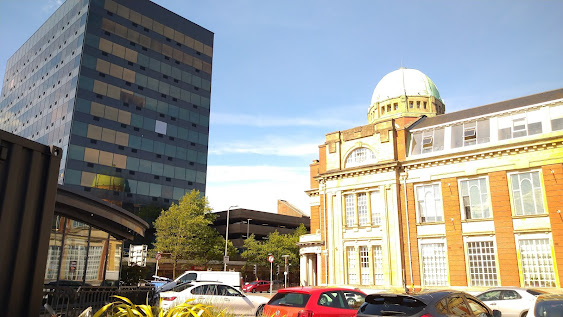 To the other side lies the River Usk, across which lies Newport City Centre, the Riverside Theatre and the giant Wave steel artwork. Nearby is the ancient Town Bridge with its beautiful light fittings and cherubs, abutting the riverside walk where cyclists and pedestrians breeze past on their way to the aforementioned newly built flats.
I will admit to being initially skeptical as to how much appeal venues like the Pod could generate in Newport. I will also admit to being wrong. This place gets packed on summer evenings and weekends. Newport's demographics, like anywhere, are evolving. The removal of the tolls on the Severn Bridge has attracted young professionals from Bristol across the water, enticed by lower house prices and council taxes.
Places offering what the Pod offers were once unthinkable in this overwhelmingly working class, no nonsense, industrial port town. The Pod has proved they can work and are working. Newport is changing, and if the Pod is representative of that change, it's for the better.
BONUS : Read GingeyBites' review of the food offering back in 2019 here
https://gingeybites.com/2019/04/sunday-roast-the-pod-newport.html