The Cambrian Tap is one of the first pubs you'll come across as you make your way from the railway station down St Mary Street in Cardiff. Picked out in gold and black, this evocative city boozer sits on the corner of this busy, social throroughfare and another of Cardiff's famous streets; Chippy Alley, or to give it its proper name, Caroline Street.
Built in 1830 as part of the original Thomas' brewery which was sold to Brains in 1882, the Cambrian abuts a bar called the Brewhouse and a plaza of hospitality venues called The Old Brewery Quarter.
It hasn't always had this name though. Between 2002 and  2015 it was known as Kitty Flynns, an unapologetic Irish bar right down to the tricolor flying over the door and the emerald green doors and windows which wished you céad míle fáilte.
Kitty was a real person - a Cardiff landlady who managed the Royal Oak in Adamsdown. It was in her honour that the pub was renamed after Brains asked the drinkers of Cardiff for suggestions. With over 50 years behind the bar, Kitty lived a long life and only passed away earlier this year. This article from the Western Mail is well worth a read. 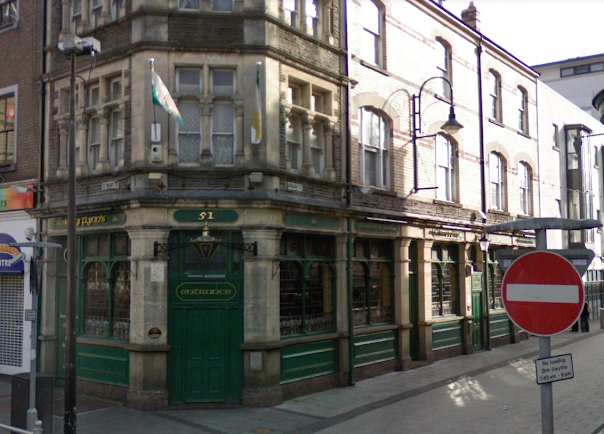 Kitty doesn't live here any more.
In April 2015 Brains wanted a dedicated outlet for their Brains Craft Brewery offshoot and Kitty's was refurbished, rebranded and reopened as the Cambrian once again. 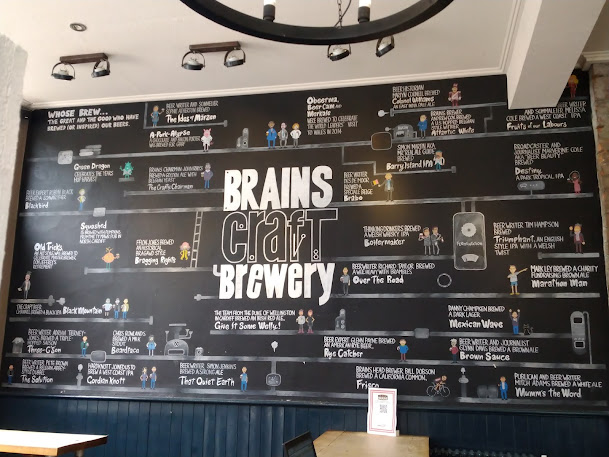 All the brews - and the brewers too. See how many famous names you can spot.
It is a narrow pub with the bar on one side and a section of booth seating on the other, with a small section of additional tall tables to the left of the entrance. The toilets are down a staircase to the rear. On busy days a one-way system is implemented with a way in and a way out, as well as a doorman keeping an eye on the capacity levels, such is this place's popularity. 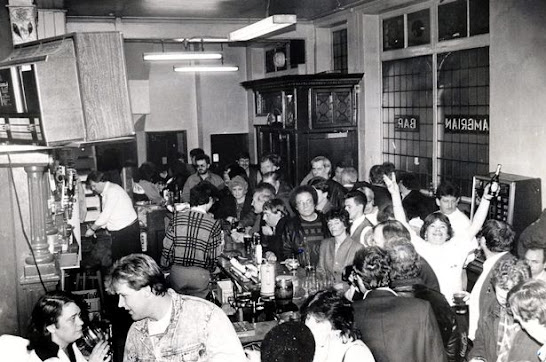 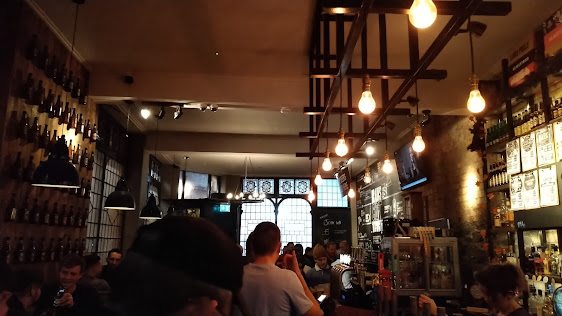 so shall it be...
At time of writing the Cambrian is still a Brains pub, albeit up for sale. As such on the bar you will find Brains cask ale and a couple of surviving offerings from the Craft Brewery such as Barry Island IPA. It is also one of the outlets serving Brains' new lager Bayside, which replaced the long-standing guest lager Korev from St Austell. 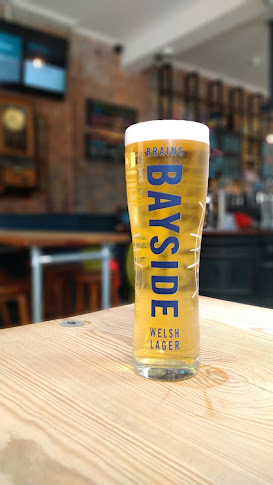 My fondest memories of the Cambrian were of its February Dark Beer festivals. For a week the taps were taken over by dusky drinks of all kinds from all over the UK and beyond; from the sublime to the ridiculous. 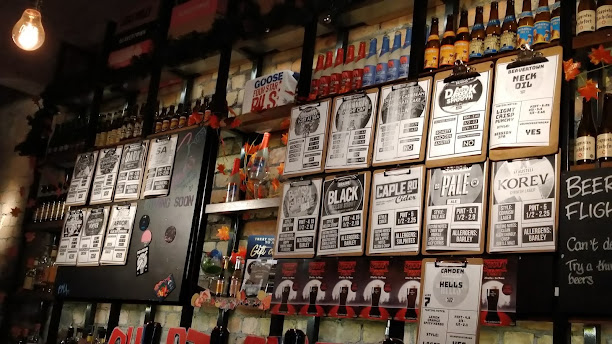 I really really hope the Cambrian survives the Brains fire sale, if not for the benefit of the drinkers of south Wales and beyond, but for the memory of Kitty Flynn whose service to the Cardiff pub scene will always be remembered. There is no pub like this in Cardiff - it is unique, special and deserves to remain open and frequented for many years to come.