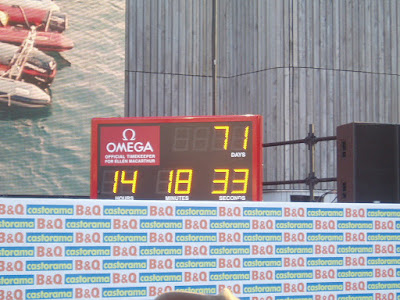 I’m not normally a morning person. Rarely disturbed from my slumber much before 11am, I am the king of the lie-in and frequently traipse around the house with bed hair and dressing gown. But on Tuesday February 8th I was uncharacteristically keen to get out of bed, shower and head out the door into the bleak chill of a Cornish February morning.
The reason was a compellingly simple one: to witness history. That morning a diminutive, unassuming 28-year-old girl from Derbyshire was sailing her boat into the harbour. It’s at moments like this I’m thanking all the powers that I didn’t go to Liverpool University. I would have given myself a massive kicking if I had.

Surrounding me on the harbourside at the ungodly hour of 9am were people from all over the country and world who had by definition travelled miles to be here. I had walked from my front door to a front-row spot in a matter of minutes. 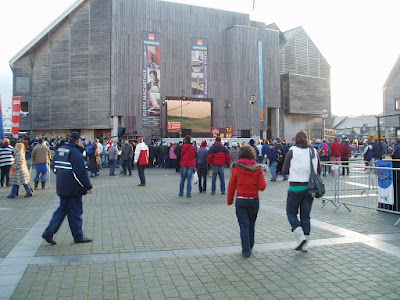 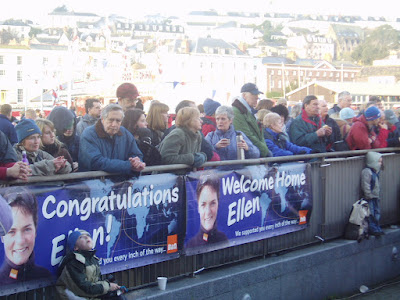 Standing through two rainstorms, a numbing northerly breeze and with increasingly cramped legs were a few of the less fun aspects of the morning, but any sense of discomfort only fuelled the fire burning with anticipation and excitement. What had up until now been an image on a computer screen or TV bulletin was soon to moor up less than 100 yards from my own eyes. 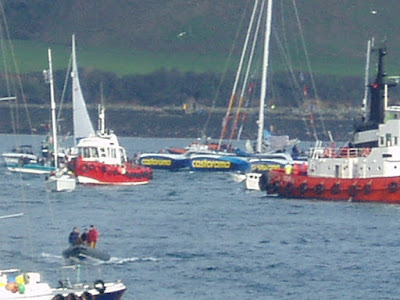 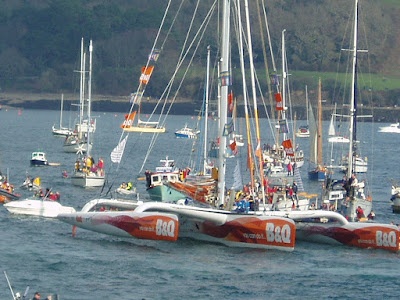 When the space-age curves of “B&Q Castorama” – the £1.5million trimaran built especially for Ellen’s record attempt – finally slipped round the Kings’ Dock and headed towards us, the respectful hush that fell on the overawed crowd was punctuated only by the crackling of the tannoy announcer and the clicking and whirring of the essential cameras. Small ripples of applause occasionally filtered out from the various colourfully crammed vantage points as the graceful 75-foot orange and blue beast turned on a sixpence and slid gracefully up to the pontoon jetty. 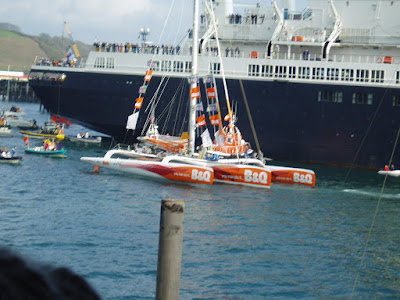 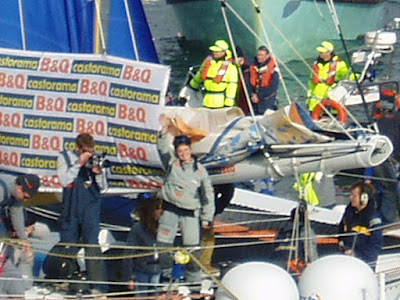 Photo opportunities followed when Ellen finally left the craft that had been her home for 71 days, 14 hours, 18 minutes and 33 seconds. She jogged enthusiastically up the ramp to the Maritime Museum before emerging onto the stage to euphoric applause, cheers, whoops and two massive confetti cannons spewing out orange, blue and white tickertape – the colours of her two main sponsors of course. 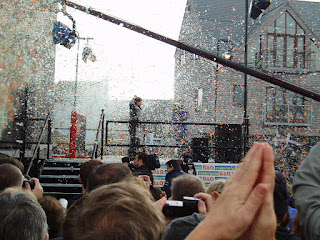 There was no weeping, no kissing of the hull this time; she and her trusty steed were parted for now, but not forever. As various tributes were paid to her, bottles of champagne uncorked and the Team Ellen members romped onto the stage, it became clear that although Ms Macarthur was now the fastest sailor in the world, her motivation had not been quenched by the subzero salty spray of the Southern Ocean. She listed more records, more challenges and more tests for her sea legs. 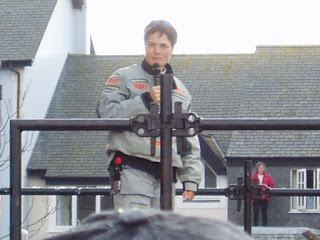 All this was happening in the quiet, unassuming town of Falmouth. Always the bridesmaid to its more glamorous sister Newquay, Ellen’s presence had brought the world’s media to the historical harbourside as well as several thousand people who needed feeding by the restaurants and pasty shops and watering by the bars and pubs.

Small businesses reliant on summer tourism had received a late Christmas present. Locals looked on in bemusement as the normally desolate Falmouth-Truro train service was besieged. Ellen, by choosing Falmouth to dock at, had given the town more than she realised.

The next day many of the public – myself included – took the opportunity to get up close and personal with B&Q Castorama. Feeling the flawless carbon-fibre hull pressing gently against my hands, lilting softly in the water, was surreally exciting and humbling. It felt like shaking hands with a world famous rock or sports star. 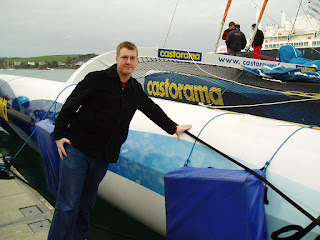 I had held history in my hands – touched it, respected it and valued it, something Ellen’s misguided and jealous detractors could never do. This journey wasn’t an ego trip or an attention-grabbing stunt. It was a personal triumph for one woman, one boat and one town. She proved that anything is possible. She is a much better role model than any self-obsessed footballer could ever hope to be. All the clichés will have got an airing this week but one stands out for me against the rest. Ellen and her triumph is one of the most inspiring events I have ever witnessed 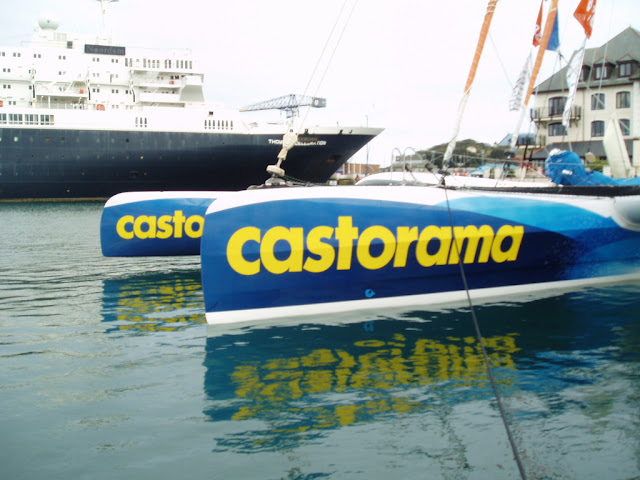